Acupuncture is a technique where hair-thin sterile stainless steel needless are inserted into the skin at points along the meridians facilitating the flow of Qi in those meridians. In the simplest terms, where Qi does not move, there is pain ­– either physical or psychological. Acupuncture offers significant relief. It can correct the source of the pain or disease. It is the energetic and moving aspect of Asian Medicine, and is considered yang.

Herbal Medicine utilizes Chinese plants and other organic substances in traditional formulas that have been specifically tailored to the individual patient. These formulas help to remove blockages in the meridians (often in combination with acupuncture), and also help to build up Qi in the body. It is the substantive, building aspect of Oriental Medicine and is considered yin.

Other Traditional Asian Medicine Services Include:

Moxa: An ancient Chinese Medicinal herb that is used to warm the meridians and relieve blockage and pain. TDP Lamp: A warming lamp with a specially formed mineral plate that produces a specific range of infrared light duplicating and augmenting many of the functions of Moxa.

Gua Sha: is a specific technique that treats chronic myofascial restrictions, unresolved tendinitis and trigger points, as well as many other musculoskeletal conditions. It also is used to release emotional stress and tension as well as treating some upper respiratory conditions like bronchitis or cold viruses. Gua Sha therapies while similar to the Graston Technique often used by Physical Therapists, are more sophisticated and complex. They are always used within the context of Chinese and Japanese Medicine thus having a much broader range of effectiveness and application.

Cupping: Glass or porcelain cups that use suction to treat the same sorts of things as Gua Sha. Electro-acupuncture and Laser both are new additions to the list of traditional Asian Medicine modalities. They have been widely used in Asia for over the last 20 years especially in China and Japan. There’s been extensive research on both these modalities and their effectiveness. Increasing research and use has been growing in both Europe and the United States. Electro acupuncture uses a mild current attached to either the needles or instead using small soft pads applied directly to the skin, stimulating the acupuncture points. Therapeutic cold laser uses infrared light waves applied directly to the skin or over acupuncture points. Both these modalities are painless and very safe.

Traditional Chinese Gem and Mineral Therapy: Stone Medicine is referred to in a number of ancient classical texts and is thought to predate the use of acupuncture. Gems and minerals can be used in the form of topical powders, tinctures or (homeopathic like) Gem Elixirs. There is also “stone placement” techniques where stones can be used in place of needles over acupuncture points, or with needles. (See special section on Gem and Mineral Therapy).

Hand Therapy for acute and chronic conditions of the upper extremity. Custom therapies for treatment of RSD/CRSP and the unstable wrist. Custom fabrication of upper extremity orthotics, with a special emphasis on chronic painful wrists and hands. Ergonomic and ADL consultation and/or design. Site visits can be arranged.

Additional Complementary and Integrative services include:

Evaluations and consultations for traditional Homeopathy.

Presurgery preparation and education that uses a variety of Eastern and Western modalities including acupuncture, herbs/homeopathy, stress reduction techniques and education.

Traditional Chinese Medicine has a long history of using many modalities and natural substances both organic and inorganic in treatment. The herbal materia medica includes gems and minerals as well as plants and animal substances.

A number of ancient classical records of Chinese Medicine speak extensively of using gems and minerals (stones) in both acupuncture and herbal texts. There are descriptions of using stones in tinctures and homeopathic like gem elixir’s for internal use and “candies” to suck on for medicinal purposes. Powders, pastes, and wash solutions were used topically. As well as the wearing of jewelry and placing of stones in the surrounding environment to promote health and harmony. Some of the earliest acupuncture texts describe stone needles. Archaeological sites in China have recovered needles made of tourmaline and jade. These early records not only describe the use of stone needles, which later developed into metal needles but the application of stones placed specific sites. These placements later developed into acupuncture points and the famous Meridian systems we know today.

According to many Daoist traditions stones were viewed as living evolving entities. These living inorganic substances which take thousands of years to grow can provide the most profound and long-lasting effects found in Chinese Medicine. Their hallmark was to specifically treat the most difficult of diseases. Classic literature viewed the density and solidity of gems and minerals applied in treatment could provide a permanent healing and their stabilizing effect was highly valued. While Stone Medicine was often used to stabilize and support conditions it can also serve to draw out toxins and certain gemstones and minerals were specifically used as chelating agents. In general stones are used in specific combinations to create a synergistic effect similar to the way, Chinese herbs are combined in a classical formula or the same way an acupuncture point prescription is created in treatment.

It is important to note that gems and minerals are selected for various treatment strategies based on traditional Chinese Medicine strategies from classical texts and from a modern perspective that takes account their chemical composition and geological development. The way the stones are prepared for use is very important and this includes quality of selection, cleaning, clearing and recharging.

This unique, complex and elegant ancient modality in Chinese Medicine has been left out of the majority of contemporary literature and teachings On Chinese Medicine. This was primarily due to the Chinese Cultural Revolution which started in the early 1960s in mainland China.

Much of my understanding of traditional Chinese Gem and Mineral Therapy or Stone Medicine has come from several years of studying Classical Chinese Medicine with Dr. Jeffrey Yuen. Dr.Yuen is the 88th Generation Daoist Master of Yu Ching Huang Lao Pai (Jade Purity School), Yellow Emperor/Lao Tzu Sect, ordained by the 87th Generation Daoist Master Yu Wen, Jeffrey’s adoptive grandfather. Dr. Yuen having been immersed in the practice and study of Daoism and the Classics of Chinese Medicine since early childhood offers unparalleled knowledge of the rich oral traditions of this medicine that fully integrate the physical, environmental, and psychological as well as spiritual aspects of life. 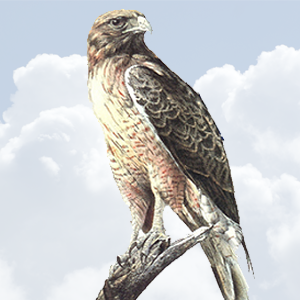 The Hawk in many traditions is a messenger that brings powerful insight inspiring us to better understand and engage our reality. Cloud Hawk offers the potential to see life clearly and soar high above perceived limitations to find harmony and our true place in the world.